Not quite blooming in the first week of April, but very happy in their new very sunny location 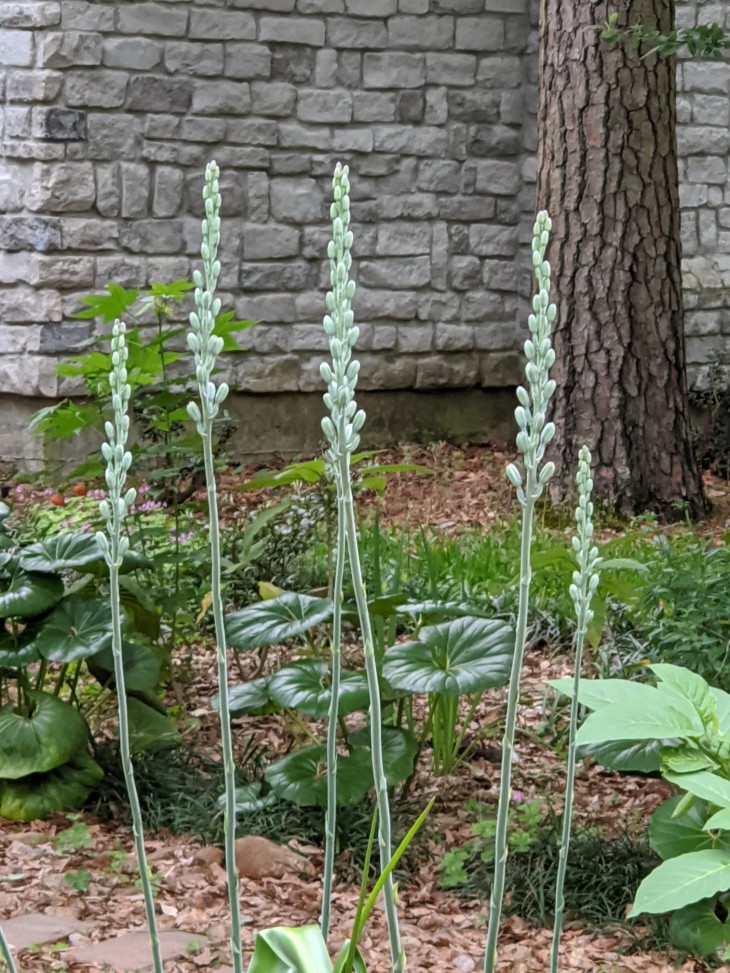 These were relocated last fall, and are starting to fill out now that they’re getting more sun. I’ll add some new photos when they bloom.

The leaf rosettes will fill out to about 3′ and they’ll send up dozens of stalks from each clump in early May (in Houston). Flower stalks are between 4′-6′ tall. Now that they are getting more sun the leaves will become speckled with purple.

They prefer well-drained soil and are drought tolerant once established.

Propagate by division and seed

Problems: Really hates being wet, plant in a dry and sunny location